Davide Nari was born in 1991. Has played in hundreds concerts as soloist, in chamber music concerts and symphonic orchestral productions in Italy and abroad (USA, Switzerland, France, South Korea) and he has produced many CDs for important record companies. He has won many prestigious first prizes in national and international music competitions in soloist and chamber music sections. He has published his own arrangements for saxophone for the music publisher “Eufonia” and as indipendent publisher and he is regularly invited to hold saxophone masterclasses.

Davide Nari currently teaches saxophone at the “G. Bruno” Musical High School in Albenga, at the AIYA – Mooc Culture Institute in Singapore and he is the artistic director and saxophone teacher at the Musical Society “S. M. Immacolata” in Loano (SV). He has played with the “Carlo Felice” Symphony Orchestra in Genoa and the “Haydn” Symphony Orchestra in Bolzano during productions, musicals (including the first national absolute performance of the musical “An American in Paris” in 2018) and symphony concerts conducting by M° W. Marshall, A. Chauhan, D. Smith and S. Lloyd.

In 2019 he was in tour with the Duo Brillance in USA, playing and teaching for the Minneapolis, Bemidji and Augsburg Universities. In 2018 he played and teached as the only European teacher at the “1st Saxophone Camp” in Seoul, South Korea, together with international saxophonists (Hiroshi Hara, Ching-Shyan Yen, Brandon Jinwoo Choi e Seung-dong Lee). He played in 2016 in Celles-sur-Belle (Fra) for the “Souffl’en Deux-Sèvres” music festival organized by international fame sax quartet “Ellipsos”. In 2019 he was finalist for the tenor saxophone audition at the Regio Theater Orchestra in Turin.

In 2012 he graduated with full marks in saxophone at the Conservatory “N. Paganini” in Genoa, in 2014 he obtained the Second Level Academic Diploma (Master level, Music Performance) in saxophone with full marks at the same Conservatory and in 2015 he obtained the Second Level Academic Diploma (Master Level) in Chamber Music at the Conservatory “G. Nicolini” in Piacenza with full marks and Honors. He obtains the prestigious “LTCL” degree at “Trinity College of London”. He’s specialized in teaching methods, musical pedagogy and psychology. He has attended music workshops held by Profs. Luigi Gallo, Nobuya Sugawa and many others; he also studied orchestral conducting and in 2017 he was selected as conducting student by M° Donato Renzetti for the Conducting Masterclass in Milan with the “I Pomeriggi Musicali” Symphonic Orchestra.

He was selected for the project “Studi per l’intonazione del mare” by S. Sciarrino organized by Teatro alla Scala and MilanoMusica. He was a soloist with the “Conservatory N. Paganini” Symphonic Orchestra in many theatres, like the “Carlo Felice” Theatre in Genoa, at the “Sala Verdi” in Milan and during the performances of “Deep South Story” (revisited by R. Cecconi from the opera “Porgy and Bess” by G. Gershwin). He has performed in National Premiere pieces written by contemporary composers, including the “Duo for Alto Saxophone and Cello” Op. 99 (N. Kapustin) with cellist Marco Decimo and the “Suite I” for solo saxophone (M. Mangani). He is currently member of the music chamber duo “Duo Brillance”, of the “Trio Klonos”, of the “Trio Panamericano”, of the “Trio Aelia” and of the “R. Zegna Jazz Orchestra”. 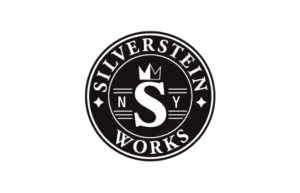